luminor DCB is now reimbursed in France.10 October 2019Next

LUMBRA, a registry for real world lesions with luminor DCB in Brazil03 December 2019

iVascular’s first open innovation initiative, innoVasc, is pleased to announce the winner of the grant. 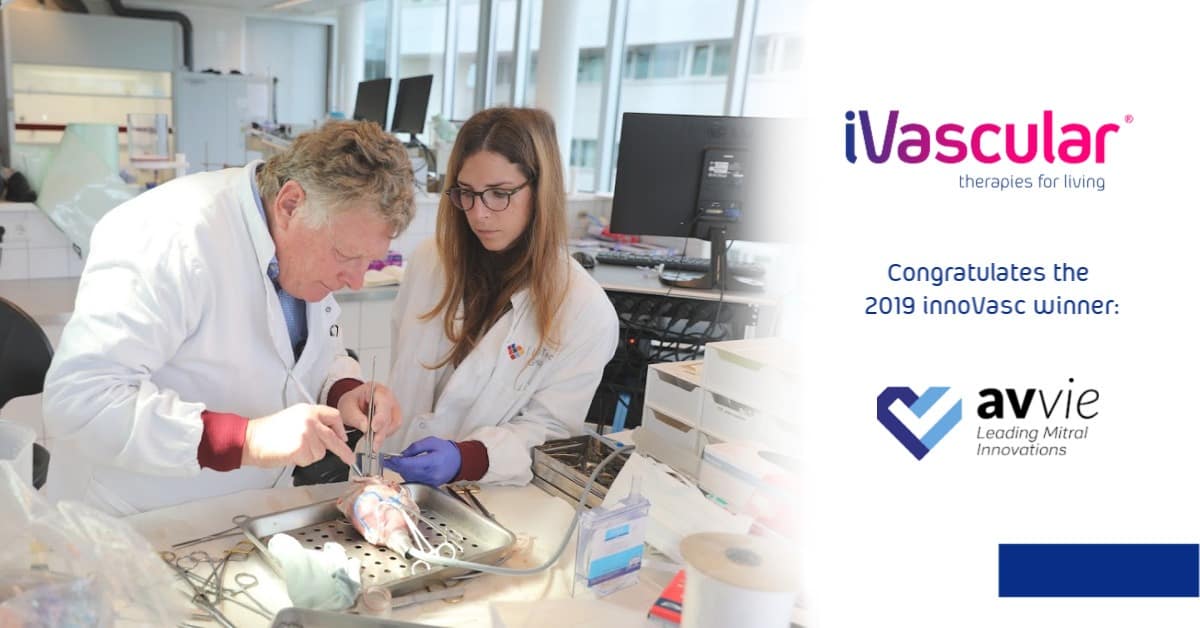 Barcelona, 31st of October, 2019 -. iVascular is pleased to announce the winner of the first edition of innoVasc, its open innovation initiative. innoVasc has successfully concluded on the 31st of October. The contest attracted a grant number of participants from different European countries such as Spain, Germany, Austria, Holland, United Kingdom, also has crossed frontiers with participants from the United States and Russia since its launch in May 2019.

After a fierce competition, the selection process divided into three stages were iVascular’s heads of R&D+i shortlisted 3 finalists start-ups whose projects covered fields such as digital health (apps and wearables), implants and drug delivery systems.

iVascular´s main objective with the innoVasc initiative is firstly to promote innovation and secondly, by means of the mentoring program we aim to put at the service of the sector the knowledge and experience of our scientists to contribute to the acceleration of the winning project

We are proud to start a new collaboration with the Austria based start-up Avvie, a spinoff of the Medical University Vienna, the winner of the first innoVasc edition. Prof Werner Mohl (an academic surgeon) the inventor of the project, worked for 40 years in research, patient care, and medical education, thus gaining his experience in surgical repair of the mitral valve, in which the project is focused. Avvie’s award consists of a monetary prize of 8.000 €, but most importantly of a personalized mentoring program specifically adapted to their needs with the top executives of iVascular and the possibility of initiating a partnership with the company.